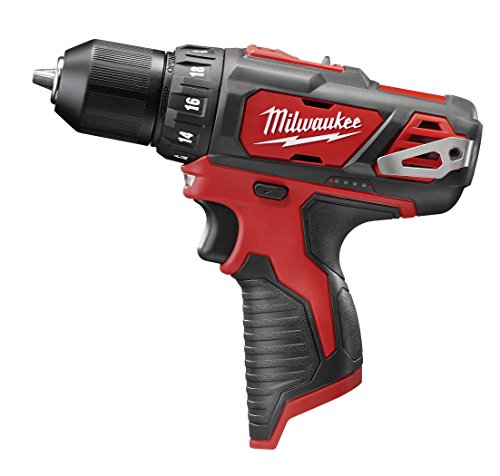 If you have any prior experience with power drills, you likely know that they can get pretty expensive. However, it doesn’t have to be that way. Believe it or not, it is possible to score a high-performance power drill from a reputable brand for less than $100.

Some drills will even set you back less than $50 while giving you the performance of a triple digit alternative. The M12 Drill/Driver from industry leader Milwaukee is one of them.

The Milwaukee M12 Drill/Driver was designed by Milwaukee to trump all other drills in its price range, especially when it comes to speed, and can complete typical home repairs and renovations 35% faster than rival power tools.

The drill has been available for a number of years by this point and is often repackaged and re-released with new accessories such as drill bits, driver bits, and carrying cases. 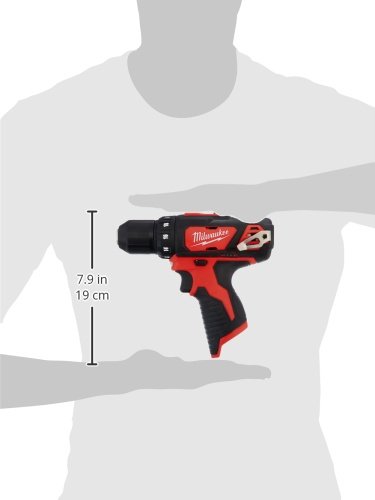 Who is this product for?

Because of the remarkable speed of the drill, the Milwaukee M12 Drill/Driver is a great choice for homeowners who have a lot of work to get through and don’t want to waste any time. The drill stands at just 7.9 inches, so you should definitely consider it if you foresee yourself working in confined spaces.

Similarly, it weighs in at less than 3 pounds, which means you’ll be able to use the drill for hours at a time without feeling it in your arms and back the next morning, a massive perk for hobbyists who don’t want their professional lives to be affected by their weekend renovations. With a peak torque of 275 in/bs, the Milwaukee M12 Drill/Driver falls in the liminal area between hobby and professional quality and could conceivably be used as a secondary drill by tradespeople. That being said, you should take your search elsewhere if you’re looking for a drill you can rely on five days a week on a construction site.

If you’re planning on purchasing the Milwaukee M12 Drill/Driver online, we seriously recommend you read through the listing before adding it to your cart as certain sellers advertise the drill only, which will leave you with no accessories and, if you buy from a particularly unreliable source, no battery to power your drill. If you buy the M12 Drill/Driver directly from Milwaukee, however, you will receive the drill, a REDLITHIUM battery, and a lithium-ion battery charger capable of fully charging your device in just half an hour. You may also receive a branded Milwaukee carrying case in which to store the tool and all that comes included with it.

If you were to accidentally purchase the M12 Drill/Driver with none of the aforementioned included accessories, you could at least take solace in the fact that the drill itself boasts an impressive number of useful features.

One of the major selling points of this drill is its all-metal single-sleeve ratcheting chuck, which promotes superior bit grip and almost completely eliminates the risk of your drill and driver bits coming loose while you work on a project. The drill also comes fitted with a convenient LED light, which can be turned on and off as needed so you’ll never have to worry about making a mistake when working in a dimly lit area.

The Milwaukee M12 Drill/Driver is just as suited to power tool novices as it is to grizzled DIY veterans. If you happen to fall into the former category, you might be a little confused as to how to operate the drill upon unboxing.

Never fear! In the video below, you will be provided with a handy step-by-step guide to help you master the M12 Drill/Driver in just a couple of minutes.

If you aren’t entirely sold on the Milwaukee M12 Drill/Driver, there are a number of similar drills on the market, many of which come with a series of drill and driver bits, as well as some other cool accessories, regardless of whom they are purchased from.

Among them is the Terratek 18V Cordless Drill Driver Kit. The drill shares many of the specifications of the Milwaukee M12 Drill/Driver, while the included accessories kit comes loaded with drill bits, square bits, tri-wing bits, and more than a dozen other useful tools.

As a tool, the Milwaukee M12 Drill/Driver is one of the best in its price range. In fact, it trumps a number of more expensive drills and can hold its own against some that are more expensive again.

Its small size makes it easy to store while its light weight makes it suitable for both men and women, so it’s a great choice for a young couple trying to get their new apartment in order.